We extend a warm welcome to Dr. Rinku Lamba who joins us as Associate Professor at the Centre for the Study of Social Exclusion and Inclusive Policy at NLSIU. At the University, she will teach courses across our academic programmes, starting with the BA LLB (Hons) programme, and subsequently the LLB (Hons), LLM and MPP programmes.

Prior to joining NLS, she worked at the Centre for Political Studies in Jawaharlal Nehru University for over 13 years. She has taught courses in contemporary political theory, and the history of political thought (Indian and Western), and also supervised research work of doctoral candidates in these areas. She previously held visiting faculty positions at Humboldt University, and University of Wurzburg in Germany, and served as an instructor at the University of Toronto.

In this interview, she shares more about her interests and her work. 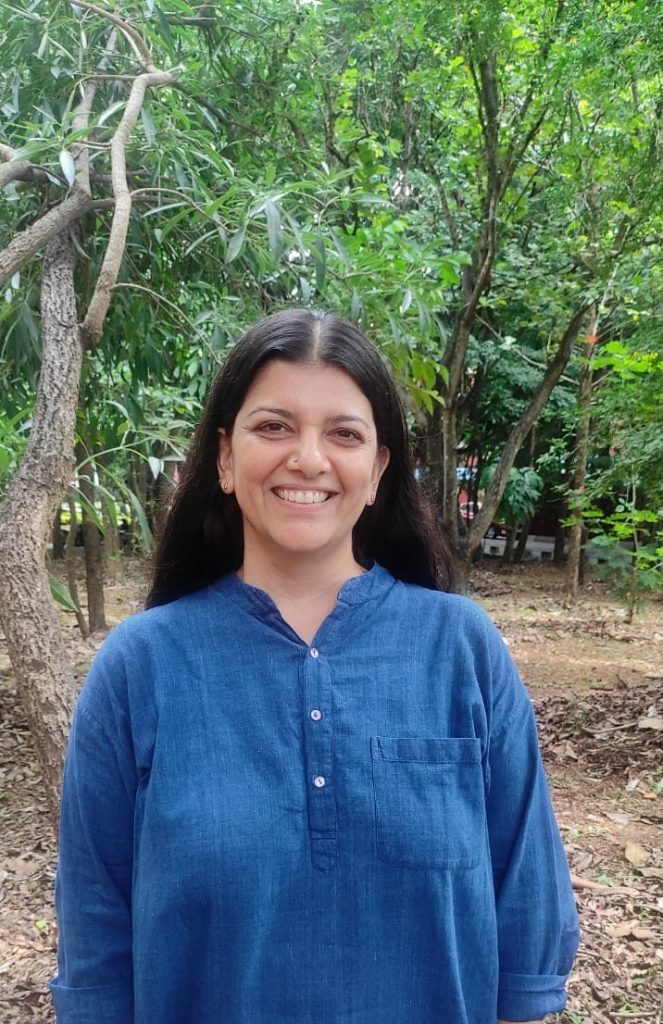 Can you tell us more about yourself and your work?

My work focuses on state power, multiculturalism, secularism, and conceptions of religion in India, as well as on the political thought of Ranade, Phule, Ambedkar and Gandhi. In 2022, I received a Dalai Lama Fellowship for Nalanda Studies from the Foundation for Universal Responsibility.  During this fellowship, I will be working on a monographic essay on Rabindranath Tagore’s Religion of Man.

What are your primary areas of interest and teaching?

My primary areas of interest are contemporary political theory, and the history of political thought (Indian and Western). I am very interested in probing the visions of the political community articulated by modern Indian thinkers such as Phule, Ranade, Pandita Ramabai, Gandhi, Rabindranath Tagore, and B R Ambedkar. In my view, their perspectives can help capture the distinctive aspects of Indian modernity, especially with reference conceptions of (i) state power and society, (ii) the nature of the relationship between the domains of state and society, and (iii) of the place of religion with regard to establishing and sustaining normative social and political orders.

I find the disciplinary orientation of normative political theory very helpful for studying the above. And I also find it relevant and important to engage the domain of the history of political thought.

How did your interest in these areas begin?

Hailing from North India, and growing up in different parts of South India (Coimbatore, Gulbarga and Bangalore), I had the chance to live together with people of different cultures, learn new languages, and become familiar with distinctive forms of music and food. This got me interested in the flourishing of diversity. As I grew older, I was keen to study ideas and concepts relevant for nurturing a political community where different groups could co-exist well.  At school too, I was greatly attracted to Civics as a subject; reading the Preamble of the Indian Constitution was, and still is, deeply inspiring.

So, the choice of studying political science to learn about the structure and norms pertaining to government, which at first came almost naturally, soon became allied with a strong interest in pondering the question of coexistence in societies as diverse as ours.

Your thoughts on starting your teaching journey at NLS?

India’s long tryst with diversity is striking, and it is a matter of great scholarly interest to me. I would like to bring this interest into my work at NLS and collaborate with students to raise and address important questions about pluralism, political judgment and responsibility within law-governed orders. I hope to cultivate a classroom ethos that is marked by openness and accompanied by the willingness to probe into the problems of political community.

Inside the classroom: I hope that class discussions in politics courses – pertaining to concepts in political theory, or democratic theory or secularism or political ideas in modern India or politics in a digital era – will enrich the experience of the study of law here. I am also keen on collaborative teaching with colleagues on the theme of the rule of law.

Outside the classroom: I would love to engage in activities related to Indian classical music. I am a disciple of Ustad Wasifuddin Dagar under whom I have trained as a Dagarvani Dhrupad (a genre in Hindustani classical music) vocalist for over 13 years. I have also received some training in Carnatic music. So, I am open to interactions and music sessions with members of the NLS community interested in classical Indian music!

Could you tell us about some of your key publications

I have written articles on the emancipatory and disciplinary faces of state power, and also distinguishing state power from colonial power.  I have written a survey essay on nationalism for a political science book series commissioned by the Indian Council of Social Science Research.  I have also co-edited a special section for the journal Studies in Religion on “Managing Religious Diversity in India, China and Canada.”