We extend a warm welcome to NLS alum, Dr Nigam Nuggehalli, who took charge as the University’s newly appointed Registrar in August 2021. Until recently, he was the Dean at the School of Law at BML Munjal University, Gurugram.  He previously was a Visiting Professor at NLSIU and also taught as an Associate Professor in the School of Policy and Governance at Azim Premji University, during which time he headed the University’s LL.M programme. He was also a Principal Lecturer teaching tax law and commercial law at BPP Law School, London. He holds a DPhil from the University of Oxford Faculty of Law, an LLM in Taxation from New York University and a BA., LLB (Hons.) from NLSIU.

In this interview, he shares more about his work and his plans ahead. 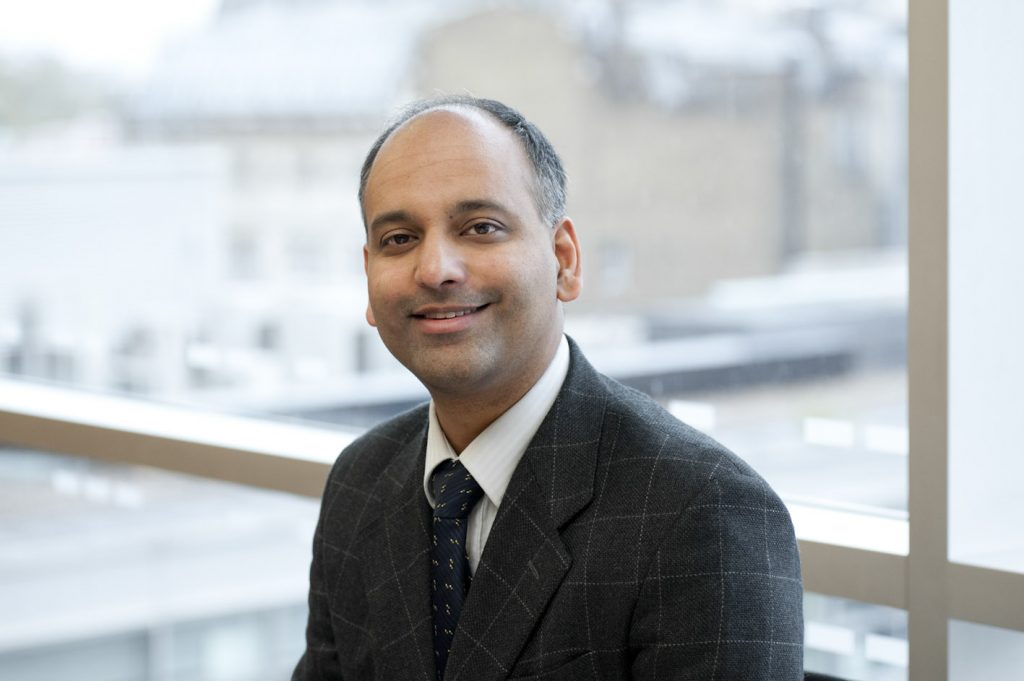 Can you tell us a little more about yourself and your background?

I am a Bangalorean, and by this I mean I love filter coffee and benne dosa, so let’s say I am a Bangalorean without having spent much time in Bangalore when I was growing up. I went to MES College in Malleswaram (just around the corner from where I live now) before I joined NLSIU in 1992. I graduated from NLSIU in 1997 and spent about sixteen years abroad (New York, Oxford and London), some of which were spent practicing law, some studying the law, and some teaching the law. I came back to India and have spent time in academia in all three settings: private, public and non profit. My research interests are in tax, jurisprudence and private law.

2. Could you reflect on your association with NLS –  from being an NLS alum to visiting faculty and now transitioning to the role of a Registrar.

It feels great coming back to NLS. I think we are at the cusp of something big and I am excited to join at this time. I have always enjoyed teaching students here. Many of the students here, by asking tough questions in the class and writing some very interesting papers, push you to become better at what you do. There’s also the undeniable fact that NLS benefits from its history and legacy. I was telling the students the other day that it says
something about the history and traditions of NLS that the current first year students will start in exactly the same classroom that I went to in the first year. That I mentioned this in a zoom session says something about the kind of life we lead now. Hopefully, we will get back to normal soon.

3. Do you recall any fond memories at NLS?

Like the current undergraduates, I joined NLS when I was a teenager, and so my friends, my memories of lovely conversations and get togethers, achievements big and small, class trips, are all from NLS. At that time, NLS did not have an adequate number of rooms in the hostels, and I became a ‘day scholar’. So I don’t have any memories of the hostels, although I spent some time in the hostels when I was preparing for moots. But if you ask me about my most abiding memory, it is strangely enough, the sensation of being confounded (in a good way) by the new ideas I was being exposed to. Even more strangely, all of my epiphanies were in the social science subjects, mainly in economics and political science.

4. What are your next steps as Registrar of the University?

I was asked to address the students on NLS institutional structures during the orientation. I started by asking the audience about the role of institutional structures-I could almost hear the groans, but this is the occupational risk with professors becoming registrars! I told them institutional structures are meant to ensure predictability and fairness in academic lives-for students and teachers alike. I think the Registrar’s mandate is to work towards these two objectives. In addition, these are exciting times for NLS. We have a newly minted Expansion and Inclusion Plan that wants to transform NLS into a larger, more interdisciplinary space while at the same time ensuring that NLS’s commitment to an equitable academic environment is entrenched further. We are in the process of renovating the new academic block. We also need to look for more stable funding mechanisms that will underwrite the goals in legal education that we are striving for. These are challenging but exciting times, and I am happy to be in the middle of it.