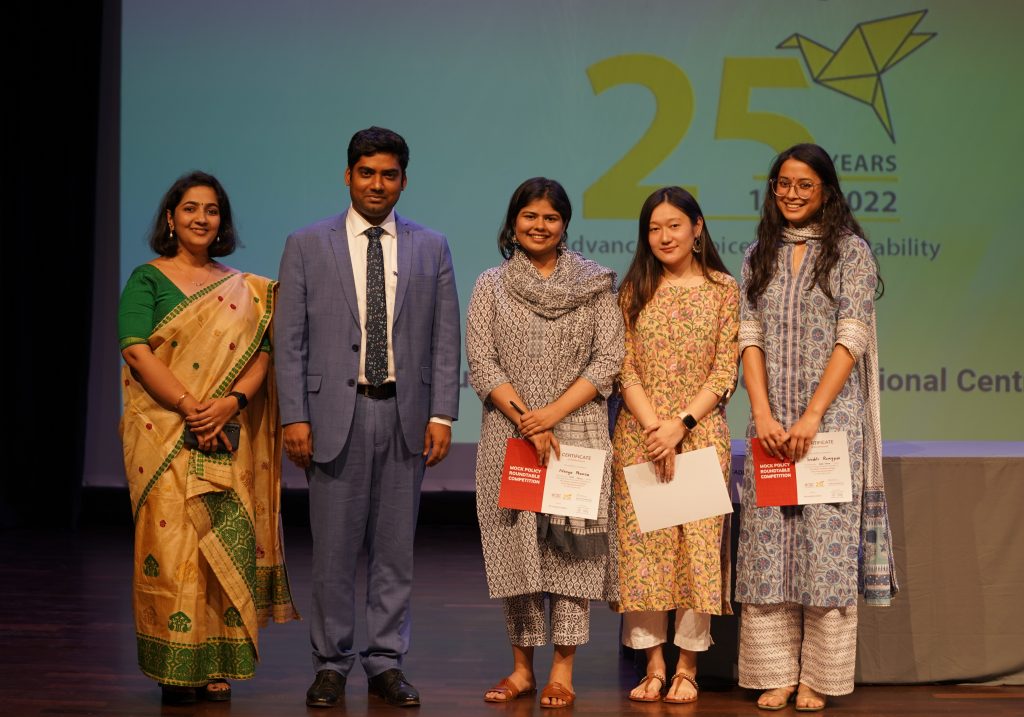 We are delighted to share that our students from the Master’s Programme in Public Policy have won the Mock Policy Roundtable Competition organised by the Centre for Civil Society (CCS) and DST- Centre for Policy Research (IISc Bangalore). The competition was organised on the occasion of CCS’ Silver Foundation Year Celebration at the Bangalore International Centre in August.

We congratulate the team members – Navya Poonia, Ringsel Bhutia, and Srishti Rongpipi, who are all in the second year of the MPP programme.

The competition was divided into two rounds. During the first round, teams were asked to submit a policy pitch assuming the role of a preferred stakeholder group on the given pitch: “Are academia and industry interests sufficiently aligned to synergise efforts to foster innovation in India? Do industry-academia linkages aid in fostering innovation?”. Five teams were shortlisted for the next round.

The MPP team was alloted the ‘Civil Society stakeholder group’ for the final round. The final round saw an engaged debate on the relevance and impact of Industry-Academia linkages between the five key stakeholders of the science policy ecosystem i.e Policymakers, International Organisations, Scientists/Academicians, Industry Leaders and Civil Society represented by students from esteemed institutions such as IIIT Bangalore and IISc Bangalore. 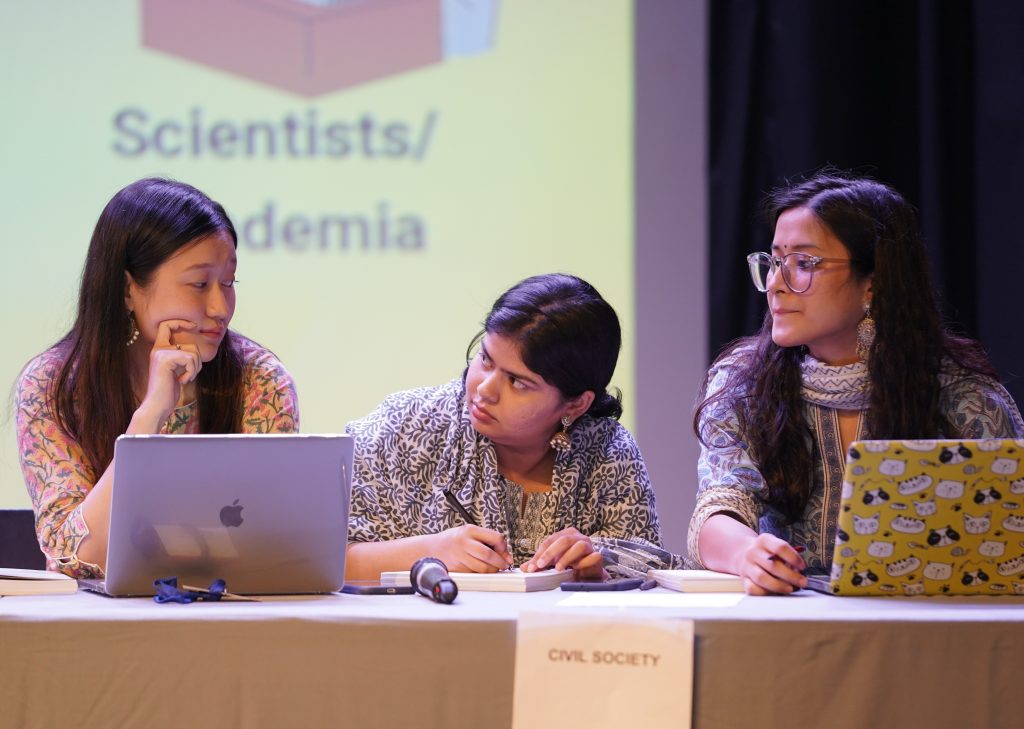 We asked the team to share their experience during the competition. Here’s what they had to say:

Upon being declared winners:

The day of the competition was intellectually stimulating starting with the keynote address and a panel discussion. The mock policy roundtable was filled with exciting dialogues and debates between the different stakeholders on their models of sustainability, funding, and solutions for fostering innovation through Academia-Industry partnership. As students from a non-science background, we were elated to find out that our arguments and policy recommendation stood the strongest and won us the competition.

On their experience of participating in the competition:

When we received an email about the competition, we were intrigued by the novel theme of the competition and that encouraged us to apply for it. For the first round, we developed a framework for attracting innovation through partnerships between academia and industry which would suit the most pressing needs of society through a two-pronged incentive model. Upon our selection as a top 5 finalist, we researched extensively on the role of civil society in fostering Industry-Academia linkages.

This preparation enriched us with insightful glimpse into the importance of bringing civil society into such partnerships and taught us the need for pre-consultative legislation, democratisation of science and quadruple helix model of innovation. Throughout the process, Dr. Sony Pellissery served as a great mentor for the team, and we are very appreciative of his support.