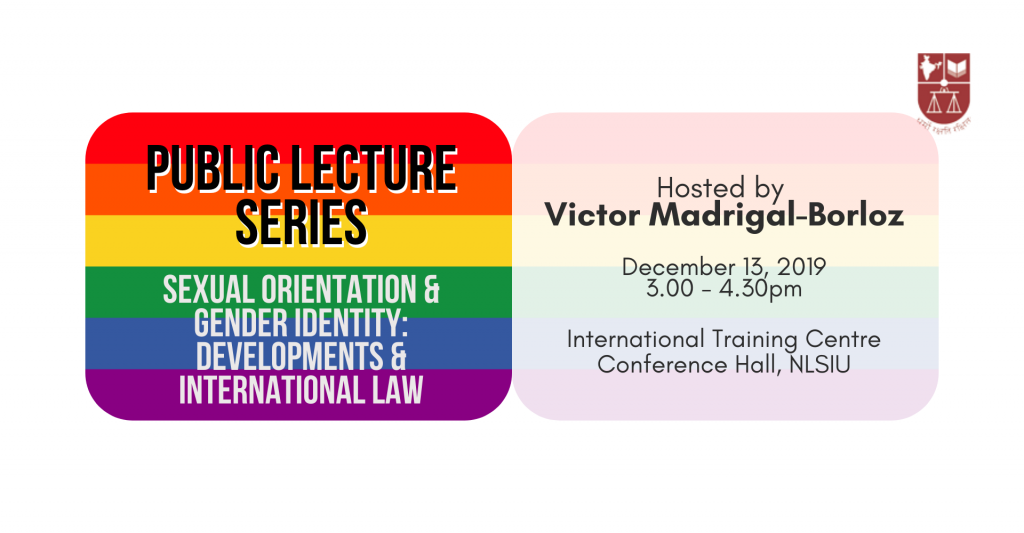 The NLS Public Lecture Series invites you to a talk on ‘Sexual Orientation & Gender Identity: Development in International Law’ by Victor Madrigal-Borloz.

Chaired by Professor Victor Madrigal-Borloz, this edition of the public lecture series explores and addresses issues related to the legal recognition of sexual orientation and gender identity associated rights, within the realms of municipal and international law.

Professor Victor Madrigal-Borloz draws on his extensive expertise in the field of anti-discrimination, and several appointments including that of being a UN appointed Independent Expert on Protection against violence and discrimination based on sexual orientation and gender identity.