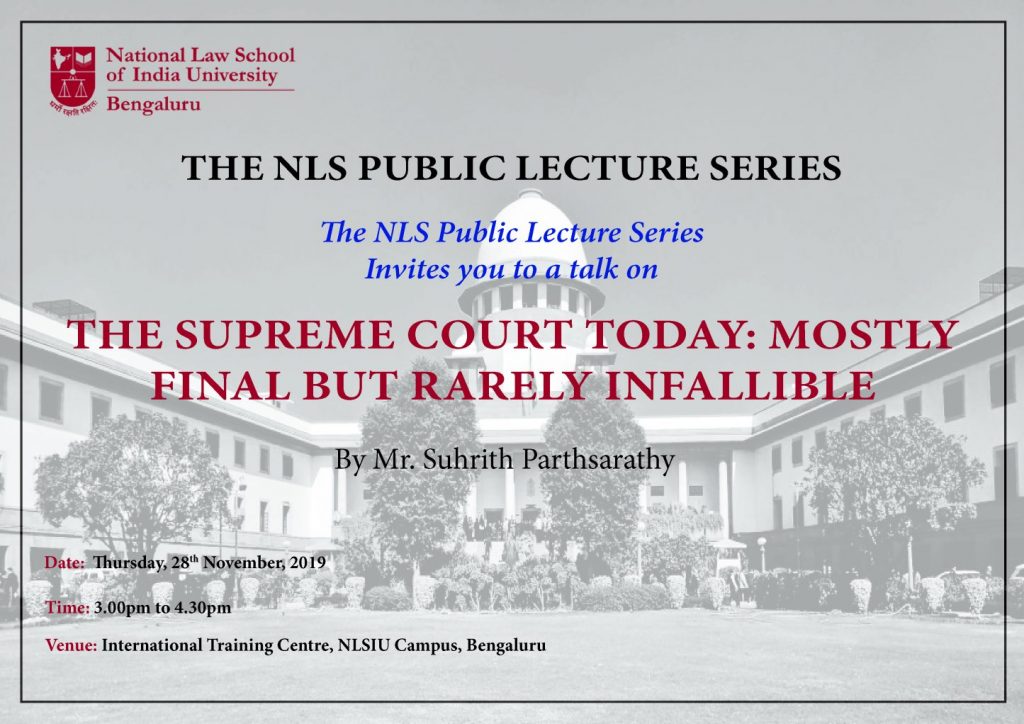 The NLS Public Lecture Series invites you to a talk on ‘The Supreme Court Today: Mostly Final but Rarely Infallible’ by Suhrith Parthasarathy.

In the last few weeks, the Supreme Court has delivered several judgments on issues of immense national importance, like the Ayodhya and the Sabarimala Review cases. At this juncture, it is important to understand these constitutional developments and also the evolution of the Supreme Court.

Suhrith Parthasarathy practices as an advocate at the Madras High Court in Chennai, India. He graduated from the National University of Juridical Sciences, Kolkata, and also holds an MS in journalism from Columbia University, New York. He is a regular contributor to the op-ed pages of The Hindu.

The lecture will include a 45-minute talk by Suhrith Parthasarathy followed by a discussion.