We extend a warm welcome to Dr Arun K Thiruvengadam, NLS ‘LLB 95, who joins NLSIU as Professor of Law this term. After graduating from NLSIU, he pursued an LLM from NLSIU and earned his second Master’s degree as well as a JSD from NYU Law School.  He was a founding faculty member at the interdisciplinary School of Policy and Governance at Azim Premji University, Bangalore where he taught the Master’s in Policy and Governance, and LL.M in Law and Development, which he termed as “a challenging and rewarding experience at several levels.”

In this interview, he shares more about his interests and his work. 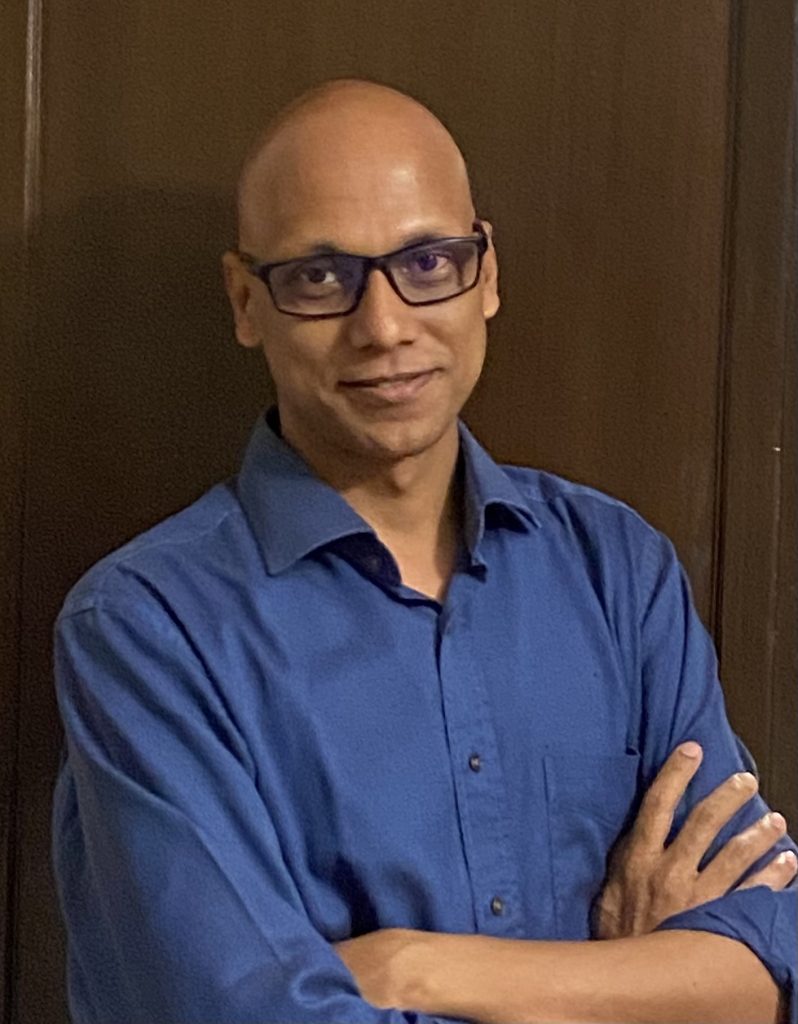 Can you tell us about yourself/your background?

Let me start by saying that an interview of this sort is unusual for me, but I appreciate that this will allow students, staff and faculty colleagues to situate me within a broader context.  So, thank you for this initiative and for these thought-provoking questions.

My father was an officer in the Indian Army, and my upbringing was fairly typical of Central Government employees whose children accompany them in their postings to government campuses and cantonments across the country.  I was born in New Delhi and studied in schools in 6 states spread across the North, East, North-East, and South India.  My last few schools were Kendriya Vidyalayas, which I now realise enabled an unusual school going experience; a particular view of what it meant to be an ‘Indian’; while enabling me to study with students from very diverse backgrounds.  Looking back, these childhood experiences had a formative role in shaping my identity and worldview.

Your journey into law and academia:

I was a Science student in school and knew that I did not want to be an engineer or a doctor. Law was an option that seemed less uninviting.  Inevitably, this resulted in my feeling quite lost for the first two years of the five year B.A., LL.B Programme at NLS.  As with many others, my years of University life were an important rite of passage into adulthood, where my interests and tastes in food, music, reading, friendship, and politics were powerfully shaped.  As undergraduate students in the early 1990s, my peers and I witnessed the unfolding of the events surrounding the 3Ms (‘Mandir, Mandal and Markets’) in India’s socio-political landscape, the effects of which are still moulding our lives today.  Somewhere along the way – thanks to stimulating placements with lawyers in courts, and to some success in mooting – I began to think seriously about a career in the law.

After graduating, I decided to focus on litigation before the courts.  I had very rich learning experiences with some generous mentors who were also committed and inspiring legal professionals.  However, after nearly four years in the practice of law, I was uncertain if I was ready or suited for a career at the bar.  In 1999, I returned to NLSIU to pursue an LL.M to see if law teaching would fit me better.  At the time, all LL.M students were compulsorily required to be Teaching Assistants.  The experience of being in a classroom and interacting with bright and inquisitive minds convinced me to pursue academia as a vocation.

What are your main areas of teaching? How did your interest in these areas begin?

The law subject which first caught my interest in law school was Constitutional Law.  I have previously acknowledged my debt to my first Constitutional Law teachers at NLS: Professors Devidas, Mallar and Vijayakumar who left an indelible impression among many students of those early years through their unique style of collaborative teaching.  Constitutional Law has remained a lifelong interest and was also the subject area in which I spent most of my time in practice. My doctoral dissertation was in the area of comparative constitutional law, for which I studied constitutional adjudication in six common law countries.  I now teach courses in both these areas of the law. I have also taught courses in the past on Legal Theory, Law and Development, Constitutional Foundations of Law and Public Policy in India, and subjects such as Welfare Rights, Law and Politics in South Asia, and Emergency Powers/Anti-terror laws.

The importance of Constitutional Law in your opinion:

I am currently teaching a mandatory/core course on Comparative Public Law for the LL.Ms and am scheduled to teach a core course on Constitutional Law for second year B.A., LL.B students.  This is a time of great churning in the subject of Indian constitutional law and the broader field of comparative constitutional law, given the multiple crises of constitutionalism that we are witnessing within the country and across the globe.  Historically, such periods of crisis have led to a reassessment of foundational premises and the birth of new ways of looking at old issues.  Unsettling as this may be for students studying the discipline, this phase will be a very rich intellectual experience as old certitudes are now open to question, and easy solutions are not readily available.

Since you are an NLS alum, could you briefly share your experience at law school?

My two stints as a law student at NLS coincided with very interesting moments in India’s broader socio-political history.  In the early 1990s, the ferment in Indian society had some tangible effects on my relatively insulated life as a hostel student, first in the Adugodi hostel, and then at Nagarbhavi.  These are perhaps more sharply evident in retrospect.  Bangalore was a city full of university students and young professionals, and many places catered to this group by providing food, films and other forms of recreation and entertainment at relatively affordable prices.  At the time, being in the hostel meant that law school was a 24/7 experience. This certainly led to a far greater investment in studying as well as in all other activities in the hostel and the University, than would have been possible for me as a day scholar.  I recall that period as one where I came of age politically speaking and started forming views on contemporary issues, often in discussions and debates with those around me.  Since we were students in the third batch, all of us received greater attention from the founding faculty – most of whom were quite young themselves – than was the norm even in NLSIU’s later periods.

Then, as now, the peer culture was a strong driver, whether to do well in studying, or in sports or other extracurricular activities.  Given that most first years are on average 18 years old, one invariably makes strong relationships that last for life, as is evident in class reunions to this day.  I feel fortunate to have been in the company of a very interesting group of peers and teachers, who had very individual and subjective approaches to life and education.  This was sometimes unsettling while experiencing student life but seems quite precious when one looks back.  Given the diverse career paths of many of my classmates, I see that that atmosphere benefited us all, regardless of whether we chose to stay in the law or not.  A robust campus environment buzzing with activity and events can lay the foundation of a solid education in the fullest sense, going well beyond academics.  On the negative side, I felt that the small size of the university student body and the cloistered existence led to some problematic trends.  These included unhealthy forms of competition, inter-batch rivalries, and an obsession with grades, CGPAs and with getting into high paying jobs as a marker of success.  These trends, some of which may persist, are not conducive to an atmosphere where real learning and knowledge are pursued.  Overall, though, those were still relatively innocent times as the NLSIU brand name was not as prominent as it is now.

My second stint in the late 90s (as an LLM student and as a TA), allowed me to see things from the viewpoint of the teaching faculty, and the challenges that they faced in their daily routines and lives.  It also made me realise that for legal research and scholarship to flourish, it is critical to build the University’s post-graduate programmes that had till then been relatively side-lined in favour of the five year LL.B programme.

Your thoughts on your teaching journey at NLS? What are your plans ahead?

I have returned to NLSIU on a full-time basis over three decades after I first came here as a UG student, and exactly 20 years after I left the campus upon completion of my LL.M degree.

My journey as a teacher began at NLS when I was a TA for courses on Administrative Law and Legal Methods during 1999-2000.  Although I obtained a formal teaching position some years later, those early experiences were formative in important ways. While I have taught in several other places, none of them however have persisted with the trimester system that is still the norm here.  This poses immediate challenges which will require me to be patient and accommodating.  Being familiar with old patterns can lull one into a false sense of knowledge and complacency that is best avoided.

Let me end by saying that I am excited about returning to NLS, but will have to observe, study and understand the institution and its priorities, and then seek to assess how my own plans fit within its current trajectory.  My initial inclination is to focus on the post-graduate programmes of the University. I would also like to see an increase in collaborative research programmes with practitioners and others outside the University that I believe are much needed at this time.