At the start of AY 2020-21, we are pleased to welcome a new faculty member into the University. Dr. Sushmita Pati is a political scientist who has taught previously at Delhi University and Azim Premji University, Bangalore and joins us this year as Assistant Professor, Political Science.

The University extends a warm welcome to her. We asked her to share more about herself, her academic interests and her recent work: 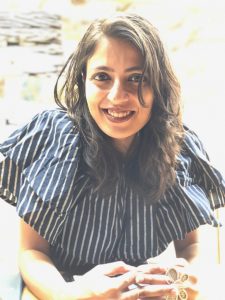 Can you tell us a little bit about yourself?

I grew up in Bokaro Steel City, Jharkhand. After my schooling, I moved to Delhi for my higher education in 2004. I did my BA in Political Science from Lady Shriram College, Delhi University. After completing my bachelor’s degree, I did my Masters, my MPhil and PhD in Centre for Political Studies from Jawaharlal Nehru University. While pursuing my PhD, I taught at Ramjas College and St. Stephens College, both in Delhi University. After I finished my PhD in 2016,  I moved to Azim Premji University in Bangalore to teach in the School of Policy and Governance and later at the School of Development.

How did your interest in Political Science begin?

I grew up in a small town where almost everyone studied to become an engineer. In many ways, it was a 1990s trend – a vocation that would get us an assured job. Despite being in a town full of engineers I was always more inclined towards literature and social sciences. In school, I always wanted to become a journalist. And that was my primary reason for wanting to study political science. College however opened me up to the world of political theory. It  was very hard at first but then it slowly led me to new ways of thinking that grew on me. I started my Masters degree because political theory excited me and I wanted to know more. I was initially unsure about a research career, but one thing led to another, and I ended up staying on until I finished my PhD.

Your thoughts on starting your NLS journey? What are your plans ahead?

I am surely looking forward to my time at National Law School and look forward to teaching some of the brightest young minds! The institution one is a part of, always shapes one’s research outlook. I am excited to see how a Law School changes the ways in which I think about my own research in the field of political theory. I am finishing my first book project tentatively titled “Between Anxiety and Belonging: The Social Life of Rent in Delhi” under contract with Cambridge University Press, New Delhi. I plan to start my research for my second book later this year.

Why did you get into teaching? How do you guide young minds as a teacher?

After doing my Masters and my MPhil coursework, the one thing that I missed sorely was classrooms. And that was the point I realised how much I loved them. So, I wanted to be a part of them one way or another!  That is one reason I taught for a while during my PhD. Also, my teachers have made a huge difference to my life and to who I am as a person. It was nice to think I could do the same with younger people.  Today, we live in a world, where choosing sides, taking offence, and having an opinion about anything and everything has become very easy. I hope to convey to them that there is more to thought than just pronouncing on what is right or wrong. That it is okay to not feel certain about something and be confused.  It is important that they engage politically with this world – a world where ‘rights’ and ‘wrongs’ matter, where our imagination and conceptions of an ethical, moral world matter. At the same time, I hope I can convey to them that our thinking cannot remain static while the world keeps changing.

The importance of political science as a subject in your opinion:

Political science as a subject that attempts to reconcile the normative notions of what ‘ought’ to be in the world and the actual, material practices and political contestations. On one hand, we see the normative world of politics obsessively trying to neatly define, label and create a conceptual map. The real life of politics is far too amorphous for that. It becomes like the air we breathe. Feminists, queer politics have gone on to speak of how even bodies are politically produced objects.  But as amorphous as the actual field of politics becomes, the task of normative political science becomes even more essential because theory, at the end of the day, gives us a way of how to make sense of this world. And to me, this eternal tension is incredibly rich and full of possibilities – both in terms of doing theory and doing politics.

Some of her recent work is referenced below:

Journal article | “The Productive Fuzziness of Land Documents: The State and Processes of Accumulation in Urban Villages of Delhi”, Contributions to Indian Sociology 53, no.2, 249-271. (2019)