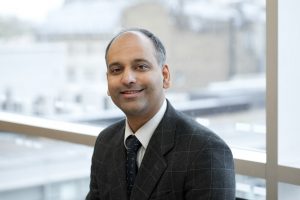 We congratulate Dr. Nigam Nuggehalli, Registrar, NLSIU, who has been appointed by the Government of India as a member of the Approving Panel for implementation of General Anti Avoidance Rulings (GAAR). The three-member statutory committee will decide on the application of the GAAR, under the Income Tax Act, 1961, to transactions referred to the Panel by the income tax authorities. The GAAR is meant to apply to transactions that are considered as abusive or exploitative of the tax legislation.

According to an official notification released by the Revenue Department, Ministry of Finance, the other two members of the committee are Shri. Rajat Bansal, Principal Chief Commissioner of Income Tax, New Delhi, and Justice Chander Shekhar, retired Judge of the Delhi High Court, who will chair the committee. The term of the approving panel is one year.

Speaking on his appointment, Dr. Nigam said: “I look forward to serving on the Approving Panel. I have been researching GAAR related issues for some time now and it’s a great opportunity to contribute to the GAAR framework in India.”